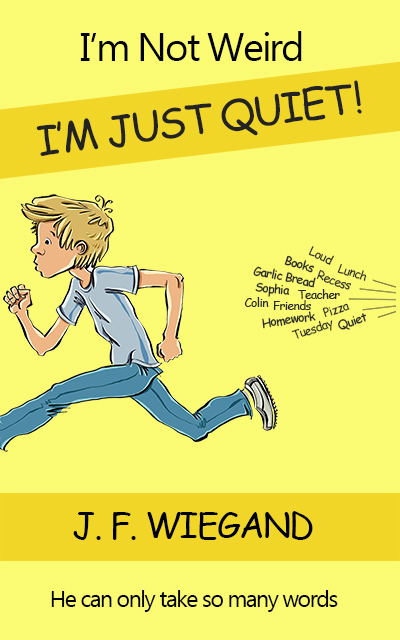 There’s something you need to know about Colin Quigley — something he wished everyone knew—he’s just quiet, there’s nothing actually wrong with him. He’s not weird, he’s not creepy, and he doesn’t have a medical condition. Colin simply doesn’t talk much.

In fact, his talk-capacity is only three-hundred and thirteen words. Once he reaches that limit, things get ugly. He becomes tired, grumpy, and eventually shuts down completely. Luckily, Colin has discovered a few tricks to keep his talk-capacity under control. He sits by himself on the bus, rushes through meals to avoid excessive conversation, and fakes the occasional case of laryngitis.

All things considered though, Colin has a nice, quiet life. That is, until his loud, obnoxious cousin Reagan comes to live with him. Reagan rips through the Quigley family like a talking-jackhammer.

With his talk-capacity depleted and his energy level crumbling, Colin devises a plan to restore quiet to his house. But to carry out his plan, Colin Quigley will have to do something he’s never done before — he’ll have to out-talk a talker.