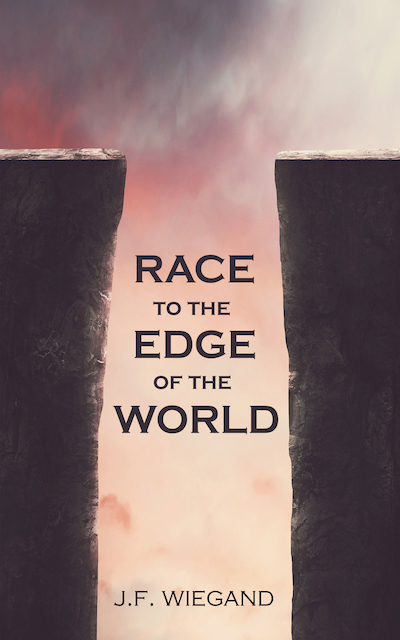 Race to the Edge of the World

Joe McGee has hiked many miles, but there is one place he has never seen. The Old Earth. And at its farthest reaches, a mystical land dubbed The Edge of the World.

Of course, Joe doesn’t believe it exists. Why would he? This land is not on any map and Joe’s not one to question things. He believes what he reads and always follows the marked path.

But on his flight out of Oregon, Joe’s plane crash lands, passing through the threshold of the Old Earth. There he finds his estranged father and a minimalist group known as the woodsmen. And they all want to be the first to reach The Edge of the World. Can Joe beat them? Only if he can find the courage to veer from the path.